Have you ever found yourself in unfamiliar territory?  Been picked up, carried, and dropped somewhere far away from your origin?

Well, then you might say you felt like an erratic, or maybe that’s not something normal people say.

Erratics are glacially transported boulders made of one rock type that may be different from the local rock type.

Kenyite boulder on the Victoria Land Coast. Notice the grain-by-grain erosion of the boulder (black surrounding the base).

If the rock type of the erratic is unique enough to pinpoint the origin, you can draw a line between the origin and the erratic location.

This line tells us the direction in which the glacier was flowing.  Here’s a map:

Not all boulders are erratics, some boulders might be transported by other processes, such as rock avalanches or iceberg rafting.

One response to “Not from ’round here, are ya?” 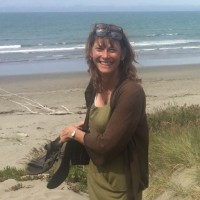 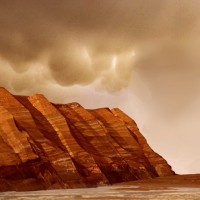 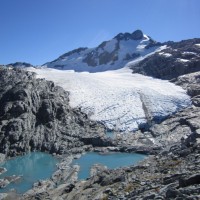 An online resource based on the award-winning nature guide

GWISE (Graduate Women in Science and Engineering) at Dartmouth College

Exploring the "why" of this fantastic planet!

Astronomy, space and space travel for the non scientist

Geology and Geologic Time through Photographs

Planetary Geomorphology Image of the Month